Please review our Shipping and Policies before ordering. We ship to USA addresses only at this time. 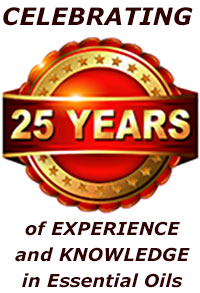 Revitalize your senses with the earthly scents of this blend. The magic of the forest .. dappled with light.

Patchouli unites all levels of your life The rejuvenating properties of Patchouli makes it highly recommended for mature skin. Clary sage provides clarity & restores harmony to your life by stimulating & grounding your mind. Spikenard is known as the ultimate essential oil to find inner balance in the emotional & physical interplay of energies.

Lavender to create your own 'protected space' where you can feel uninhibited and free to be all that you want to be. Marjoram has been known to be effective for muscular aches and pains. Chamomile Roman said to assist in letting go of emotional worries, a wonderful relaxant. Also said to ease muscular aches and pains. Vetiver is known to recharge your emotional and physical energies and support you through life.

In our Professional Formula # 4 as the base:

Lavender has been known and preferred when dealing with insomnia, especially when due to mental stress. It soothes and harmonises the emotions. Marjoram has been said to ease nervous tension & insomnia. Lemon is said to clear the mind very effectively & can be very calming for those who are emotionally overwrought.

The wonderful scent of Vanilla has been found to reduce stress. Producing a calm and positive feeling.

Soothing to the skin as well as moisturizing.

Geranium - Lifts the spirits.
* A tonic to the circulation
Lavender - Soothes the Spirit.
* Valuable for most skin conditions.

Great after bath and a wonderful massage oil.

Sunrose in the News